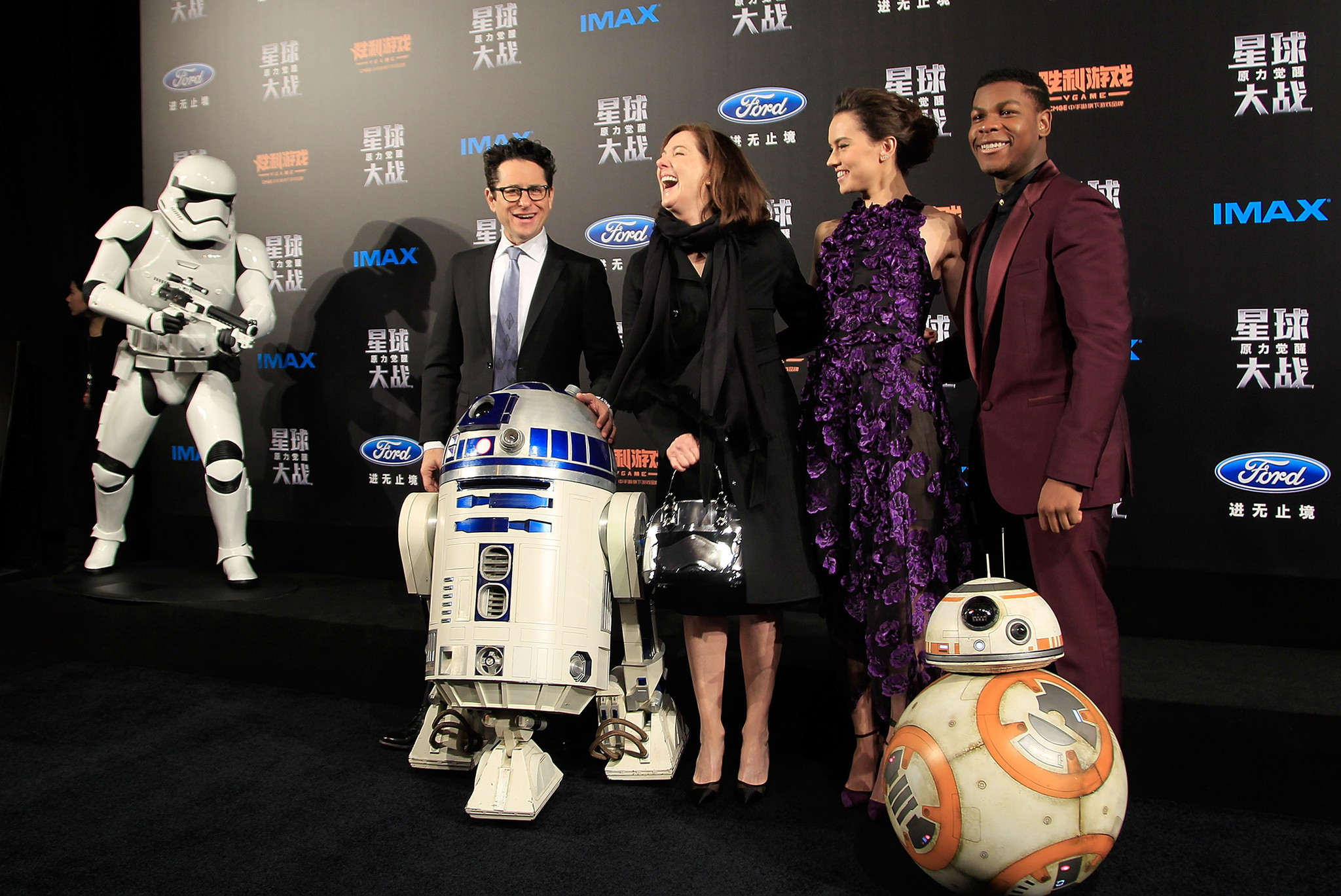 On Christmas Day, I fulfilled my duty as an American consumer and took the family to see the new “Star Wars” movie. The excursion solved a mystery: Why do so many of the reviews, even the enthusiastic ones, carry an undertone of disappointment?

Michael Hiltzik is an outstanding reporter, a man who has won the Pulitzer Prize for proving that forty years after the Payola Scandal of 1959, corruption in the music industry was alive and well. If there is a single reason that we today are not discussing Hiltzik’s work on a daily basis, it is that less than two years after winning his prize Apple introduced the iPod and iTunes, and turned the entire industry inside out. The big music story became disruption rather than corruption.

That is a shame. But Hiltzik is now turning his righteous indignation away from music and toward the film industry, accusing it – in the guise of Disney – of having given up on anything approaching originality, and offering Star Wars: The Force Awakens as Exhibit A.

It is a fun read, especially for those of us who are more amused than irked at attacks on the franchise. But once you slice through Hiltzik’s entirely unoriginal rant about those terrible pop culture tyrants at Disney spoon-feeding us measured portions of franchise tripe (a point articulated better with less indignation long ago by, among others, Mark Harris at GrantLand.com), what we are left with is “same movie, different decade.”

Let’s grant Mr. Hiltzik this much: there was a lot about this movie, plot-wise, that echoed Episode 4, known to most of us as the first Star Wars movie. What Hiltzik fails to ask, however, is whether there is a narrative purpose to the repetition. Could it be that the filmmakers and their House of Mouse overlords do not actually think that the audience are idiots? Is there a reason this all looks familiar?

I would suggest that there is, that the writers are setting up a moral point, albeit doing it in a manner that comes near to being patronizing. They are hinting that the reason this is all happening again, in a similar way, is that somehow that in the process of crushing the Empire and restoring the Republic, something crucial, fundamental, was forgotten, and thus we’re having to go through the same stuff again, only worse.

Lest you might think this far-fetched, look, if you will, on recent history. This “fix it right or do it all again” conundrum is perhaps the overarching moral of the 20th Century. Yes, the allies won World War I. But after all the parties were over, we had a world that was playing beggar-thy-neighbor games and a vanquished Germany itching for revenge for the humiliation, all thanks to a group of self-righteous bad losers at the Paris Peace Conference at Versailles. Thus WWII, a far more destructive conflict, arises from the ashes of the vanquished, and for at least the first 30 months of the war looks eerily familiar.

I think J.J. Abrams, Lawrence Kasdan, and all of their co-writers and co-producers get this, are trying to make a narrative point, and that over the next two movies this is going to be driven home: we failed to learn the right lessons last time, here are the lessons we failed to learn, and here’s what we’re going to do to end all of this once and for all.

All it takes to see that is a smidgen of confidence in the filmmakers and an average sense for the rhythm of history, and the courage to use both as a guide. It seems clear that Mr. Hiltzik fortifies himself with neither. But then, I suppose nothing pumps the adrenaline more than tweaking the company’s nose when you live in a company town.