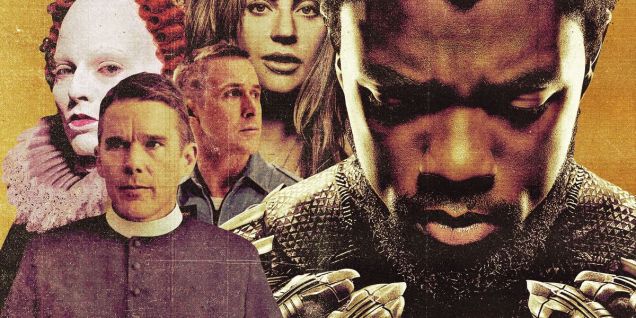 The Academy is worried about the waning relevance of its signature event. Based on the nominees to come and a way-too-early forecast, it may be right. But are the new changes the right fix?

Source: In the Year of ‘Black Panther,’ the Oscars Are in Panic Mode. Should They Be? – The Ringer

My favorite quote from this:

The Oscars are “not a meritocracy, it’s a subjective popularity contest voted on by a private club.”

The reason that the Academy Awards are irrelevant to me, and probably to a growing chunk of the American population, has nothing to do with their selections. It is the very idea of film awards that have to me become offensive. I don’t know about you, but I did not think my way through a liberal arts education and cultivate my own aggressively middlebrow tastes in order to have the grown-up equivalent of the Drama Club tell me what is good and what is not.

My favorite films include (but are not limited to) The Shawshank Redemption, Kiss Kiss Bang Bang, The Big Lebowski, The Postman, Silverado, Blade Runner, Big Fish, Doubt, Thunderheart, Real Genius, The Red Violin, Clerks, Almost Famous, High Fidelity, Silent Running, The Dark Knight, Elizabeth, The Odessa File, The Right Stuff, The Fifth Element, Grosse Pointe Blank, Twister, A Scanner Darkly, and  anything from the  Star Trek, Star Wars, Hobbit, Lord of the Rings, Harry Potter, and Marvel franchises. (Plus the oeuvres of John Malkovich, David Lean, and Stephen Spielberg. There is a healthy mix of stuff in there, but little of Academy fare. But if I were stuck on a desert island with a single hard-drive full of content, I’d happily pick my selections over the last twenty years of Best Picture nominees.

I do not reckon I am alone, and that is unlikely to change. As such, I have to wonder if there is much that the Academy of Motion Picture Arts and Sciences can do within the scope of its charter to arrest the long, slow decline of the Oscars.